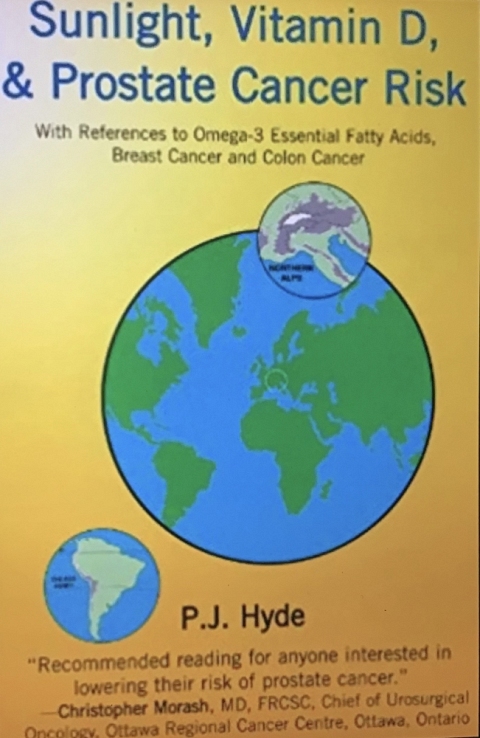 With References to Breast Cancer and Colon Cancer

This science-based book is the first to demonstrate that insufficient access to the sun's ultraviolet-B (UV-B) irradiance, necessary for photosynthesis of vitamin D, increases the risk of progression in prostate cancer.At least 80 per cent of our major circulating reservoir of the vitamin, 25-hydroxyvitamin D, is produced by casual exposure of unprotected skin to solar UV-B. The remainder is obtained from foods and supplements.The author looks at five of the many populations characterized by elevated death rates from prostate cancer: African-North Americans, Norwegians, Swedes, Swiss, and Danes. He shows that insufficient photosynthesis is common to them all and describes the causative circumstances in each instance.An in-depth review of the literature revealed that a substantial increase in the daily supply of vitamin D recommended for adult North Americans is urgently needed. Importantly, it showed that an increase of the magnitude envisaged would fall well within the range of values necessary for combining safety and efficacy.The following examples illustrate the scope and tenor of the book:· Evidence that calcitriol, a steroid hormone metabolized from 25-hydroxyvitamin D, inhibits proliferation of prostate cancer cells, as well as regulating the supply of calcium to bones and other organs.· The capacity of calcitriol to induce cell cycle arrest (apoptosis) and decrease the harmfulness of insulin-like growth factors (IGF), known to be implicated in cancers of the prostate, the breast, and the colon.· The significance of the term "gene-expression switch," considered in the light of the ability of calcitriol and its receptor to modulate the transcription of numerous genes within the nuclei of cells.· Provided that two prerequisites are met, the ability of the prostate to produce calcitriol within its cells.·